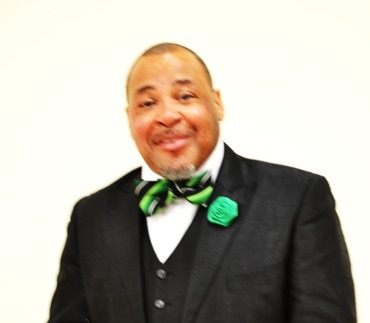 Rev. Roderick McClanahan is a native of Bastrop, Louisiana. He is the son of Irma McClanahan and the late Clarence McClanahan. He accepted Christ as Lord, Savior and Master at the age of eight at the New Morning Star Missionary Baptist Church of Bastrop, Louisiana under the leadership of the late Rev. W.H. Sanders. In May of 1984, he received a calling from God to go and preach the Gospel. With much prayer and communication with God, he acknowledged his calling and preached his initial sermon on September 4, 1984. He was ordained at the New Morning Star Missionary Baptist Church, under the leadership of Rev. Willie Minor, September 21, 1985.

He received his education from the parochial and public Schools of Bastrop, Louisiana. He continued his education at the Northeast Louisiana University and the United Theological Seminary, both located in Monroe, Louisiana. He has also attends classes under the National Baptist Convention, USA Inc. and the Potomac River Baptist Association.

Rev. McClanahan is the Pastor of the First Missionary Baptist Church of Lexington Park, Maryland where is has served for over twenty-seven years. He is the third Pastor of this historic predominately African American Church which has been in St. Mary’s County for over sixty seven years. Under his leadership God has blessed First Missionary Baptist Church. Souls have been added to the Kingdom of God, various Ministries have been added to edify the people of God and God has blessed the Church to continue to serve as a shining light in the community. In December of 2012 God blessed the Church to relocate from their historic location at 47359 Lincoln Avenue to their new edifice located at 46370 Pegg Lane.

Rev. McClanahan is a Past Moderator of the Potomac River Baptist Association (PRBA) of Maryland, Virginia and Washington D.C., where he led the Association to complete a land-mortgage of over $30,000.00. He is currently a member of the Executive Board of the PRBA. He has also served as President of the Minister Alliance of St Mary’s County and Vicinity

Pastor McClanahan is active in the community. He has served on the board of Health Share, which services St Mary’s County residents with medical aid, also a member of the Board of Directors for S.M.I.L.E., which gave scholarships for medical Adult Day-care. He was also appointed by the St. Mary’s County Board of County Commissioners to serve on the St. Mary’s County Human Services Council.

Rev. McClanahan has committed his life to Proverbs 3:5-6, “Trust in Lord with all thine heart; and lean not to thine own understanding. In all of thy ways acknowledge him, and He shall direct thy paths”